Why Is Accounting Regulation Necessary in Europe?

As today’s accounting firms continue to reap the benefits of a globalised and increasingly-connected digital world, what steps are regulators taking to adapt to the new capabilities of modern accountants and how can they promote fair competition for firms of all sizes?

We sat down with INAA Board Member and the Chairman Founder of Absoluce, Michel Tudel, to get his expert insights on the role of European regulators to maintain accounting controls. As a vocal advocate for supporting SMEs and promoting fair practices, we hope his insights will bring a level of clarity to an ongoing discussion in the accounting world.

Join us as we share Michel’s thoughts and take a closer look at why the digital age of accounting prompts industry-wide changes to adapt to the new world of work.

After completing his studies in Maths and Economics at the University of Toulouse in 1974, Michel qualified as a French Certified Public Accountant (CPA) and went on to master his craft in the fields of international accounting standards, French tax and business law. 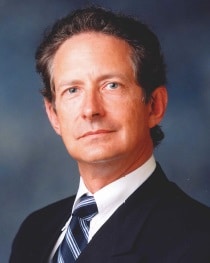 Not only is Michel a valued INAA Board Member, but he is also the president of CNECJ (Compagnie Nationale des Experts-Comptables de Justice), the French Chamber of Independent Accounting Experts, President of honour of CNCC, the French National Board of Statutory Auditors, and former member of H3C, the French audit standards and regulatory board.

Michel’s wealth of experience means he has a clear oversight as to how the accounting sector has evolved over the years and a focused determination to adapt to the fast-paced nature of modern accounting.

What’s the Problem with Technology for Accounting SMEs?

While technology offers today’s accountants with the benefits of increased speed, reduced costs and improved access to international markets, Michel emphasises the imminent need for regulatory bodies to assess the potential dangers of an accelerated accountancy sector.

He explains how the ability to do things quicker and with reduced costs creates a vicious cycle of competition that forces accounting firms to slash their fees, while still claiming to offer the same level of service to clients.

When asked to reflect on how the industry has changed over recent decades, Michel reminisces on the disproportional cost associated with acquiring information for audit reviews in the years before the so-called ‘digital revolution’.

The rise of the internet, Big Data and cloud computing prompted a radical shift in the way accountants collect and access information. Today’s auditors enjoying direct access to company information in the click of a button.

The Concentration of Power

While Michel encourages healthy competition among fellow accountants, he expresses concerns over a lack of regulatory reform to cater to the rapid rate of change across the accounting sector.

He fears that the growing reliance on digital processes to accelerate audit reviews and cut costs could push SMEs out of the game and place too much power in the hands of a few major firms. Michel calls for the dissemination of control across the accounting sector to avoid monopolistic dominance from a few big players.

The Role of Regulators in Modern Accounting

So, what steps can regulatory bodies take to adapt to the modern age of accounting and provide a level playing field for firms of all shapes and sizes?

Michel offers his expert insights across three dimensions of the accounting machine.

In an increasingly globalised world, Michel describes the growing need for stakeholders to distinguish between financial information published by companies themselves and more general information available in the public domain. He explains how many companies are selective with the information they release as a means to manage their public profile and mask serious issues.

He explains how the ability to mask information in the digital age calls for heightened regulations to maintain financial transparency.

Specifically, Michel makes reference to the infamous fraud case between German payment processor, Wirecard and its auditors, EY. The unknown whereabouts of €1.9 billion worth of Wirecard’s balance sheet prompted concerns over the integrity of the world’s third-largest audit firm and calls for a major rethink of how regulators can prevent a repeat of similar events in the future.

In essence, Michel explains that if the audit process is to serve any real purpose or hold any tangible value, clients require complete confidence in the accuracy of the reports they’re paying for.

That said, his thoughts revert back to the Wirecard fraud case as he reflects on regulatory steps that must be taken before the world of accountancy can truly reap the benefits of standardised practices across nations.

Namely, when EY eventually checked the validity of Wirecard’s claims that they were holding millions of euros in two Philippino banks, the Central bank of the Philippines confirmed that they were unaware of such dealings.

Michel describes a lack of desire from the German regulators to clamp down on international standards and the need for a more proactive stance to achieve true comparability. He explains how French regulators take a much more forthcoming and direct approach to financial regulation — something he believes the rest of Europe should adopt.

Michel is a strong advocate of enacting revised accounting standards at the European level to avoid the dangers of an unbalanced concentration of power by major accounting firms.

He describes the pressing need for the European Union to introduce an overarching framework to address the fragmented nature of European accounting standards and establish cohesive practices to promote international cooperation between firms.

While Michel expresses his admiration for institutions like the Organisation for Economic Co-operation and Development (OECD) in the UK to facilitate coordinated accounting standards, he explains how similar action is needed at a European level to overcome a challenge of this scale.

Champion the Future of Accounting With INAA

As the world of accounting continues to undergo rapid change and embrace innovative opportunities, regulators must remain vigilant to the industry’s evolving demands and take a proactive stance to promote fair and quality accounting practices.

Here at INAA, we believe in sharing knowledge and connecting forward-thinking accountancy firms from across the world to champion progressive change. With 140 members across 50 countries, we’re committed to empowering accountants and auditors with the tools they need to take their business global.

Our increasingly globalised world means it’s more important than ever to establish common goals and embrace change as a united force for good.