Italian organisation, HRIT is a leading provider of tax, accounting, wealth management and outsourced HR and payroll services. The company’s expertise reaches across the full spectrum of accounting services, from individual requirements to the complete outsourcing of financial and payroll management to tax and corporate compliance.

Bringing together an elite team of experienced professionals who never stop reaching for new heights, HRIT’s ambition goes far beyond the horizon of financial service.

HRIT joined INAA in 2002 to take their business international. Today, HRIT delivers reliable, high-quality accounting, tax and audit services in over 50 countries worldwide. We sat down with HRIT’s Co-Founder and CEO, Dr Luca Aniaesi, to discuss their story and how joining INAA helped them grow their business.

How Did HRIT Become HRIT?

HRIT’s founding partners  Luca Aniasi, and Marco Leonetti, created the business in 1996. Employed by the same accounting firm, Aniasi and Leonetti were both approached by clients to handle their taxes and decided to form their own company.

Both partners decided to change direction by outsourcing their financial expertise. However, neither partner had any experience in that field. So they brought in Emanuela Di Curzio, to utilise her expertise to create a whole new HRIT department for outsourced HR and payroll services. The firm initially had very few outsourcing clients –– so few that HRIT could not afford to pay Di Curzio’s salary at first. Emanuela took a massive leap of faith by joining HRIT, which Luca and Marco are forever grateful for.

Over the next two years, HRIT’s outsourcing department grew into a highly successful part of the business with Di Curzio at the helm. At the height of her HRIT career, Emanuela Di Curzio took ill and sadly passed away three months later. Her death shook the business to its core, and Aniasi and Leonetti considered closing the outsourcing department completely. Emanuela had become an irreplaceable leader, and some of her team members left the company after her passing.

Unable to find a suitable successor, the remaining two founders chose to take it upon themselves to learn how to handle Emanuela’s tasks. While the situation looked dark, Aniasi and Leonetti found a way to continue to grow the business in honour of her memory. That time was a crucial turning point for HRIT.

Ethics, Timeliness and Accuracy are Key to HRIT’s Success

All company activities must comply with the principles expressed in HRIT’s Code of Ethics. To keep staff informed, HRIT also runs continual training on anti-bribery and other ethical issues.

HRIT has the vision to maintain and develop relationships of trust with its stakeholders and maintain that trust long-term. On their mission to seek the best balance among the interests involved, HRIT operates in compliance with all legal provisions while adhering to their core principles: honesty, impartiality, reliability, loyalty, integrity, transparency and good faith.

There’s no escaping that meeting payment deadlines is essential to maintain a good relationship with clients. When dealing with taxes and financial wealth management services, it’s imperative to uphold ethical standards and remain compliant with governing regulations. From one end of the journey to the other, HRIT wants to make sure their clients feel comfortable working with them from day one.

“We believe that some values are more important than turnover. Ethics, timeliness and accuracy of service are critical components to maintaining a good relationship with our clients. There is no room for failure.” – Dr Luca Aniasi, Co-Founder & CEO at HRIT

HRIT joined INAA in 2002 to expand their foothold and tap into global markets. Today, 80% of the company’s clients are international. When Italy’s economy plummeted during COVID-19, the company’s close ties to INAA helped protect HRIT from suffering any significant losses. When many firms closed or reduced their personnel, the INAA network ensured that HRIT could continue operating at the same level –– and continue to grow.

Luca Aniaesi explained that: “INAA goes above and beyond for their members to offer support and meet their requirements. Being a leader of an association means ensuring all members and shareholders are happy. It’s crucial to stay in touch with each member to discuss what they like or dislike about the association to address any issues. Also, dealing with different cultures is a challenge for any firm, and INAA were an incredible help in that department as well.”

What’s Next for HRIT?

The company has several ambitions for the future, and their next big challenge will be implementing artificial intelligence (AI). As the finance industry propels into digitalisation, AI will become a crucial part in accounting processes at all levels. The capability to determine the optimal moment and strategy to get the most out of this technology will be critical to the company’s success going forward.

HRIT will need to change processes and squeeze the margins to find other value sources. To be able to act at the right moment and in the correct way, HRIT spends a lot of time staying on top of industry trends, especially when it comes to emerging technologies.

The CEO’s Special Thanks to HRIT’s Staff

CEO Luca Aniasi expressed his gratitude to all employees at HRIT for their dedication and hard work:

“We’ve been incredibly lucky with our staff for many years. They worked tirelessly to try to solve the issues created by the pandemic. No one left or took advantage of the situation, but put their heart and soul into helping their clients survive and thrive in the ever-changing climate and keep the business going. I can’t thank them enough.” 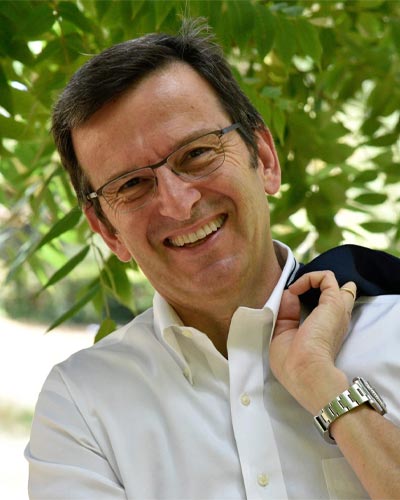 Turn Your Company Into an International Corporation with INAA

Here at INAA, we connect accounting firms who aim to deliver quality professional services around a shared vision to make global business personal, and take personal business global. With every industry change, our collaborative association of international businesses is committed to being a part of the conversation around auditing and accounting.